Intrinsic motivation refers to that behaviour driven from the inside of an individual that pushes him/her to do something. When it comes to learning, most of the motivations comes from external rewards: grades or prizes for example. However, shouldn’t be learning driven by intrinsic motivation in order to achieve better performance results?

After conducting some elearning courses, I’ve noticed that intrinsic motivation works better when you need the higher students performance. This is because you go beyond the idea of just pass or fail exams or quizzes, instead there’s a meaningful reason for that learning.

Here are some ideas to promote intrinsic motivation.

Learning for a higher purpose

Nurture the idea that learning is for a higher purpose. Link the idea that learning is not only about passing  or  failing a exam but a part of a puzzle, a part of a journey to achieve a specific goal.  Ask them where they would they like to be in 5 years. Let them think what steps should they have to take in order to achieve that goal and link that idea with the benefit of learning.

Stimulate curiosity by turning learning as a challenge

Start the class or the lesson with a question or with a situation that needs to be solved by using their knowledge. Give them a reason or a purpose for that content they are going to be face up. Let them pull that information to solve the problem instead of just doing a regular lecture where they sit in front of you in a passive way. Let them to take action!

Do not punish failure, instead promote trying it again

Avoid the idea of  punishing students when they fail a quiz. Instead, turn exams or quizzes into opportunities for learning. Promote the idea that failing is not that bad, the bad thing is not being able to learn from mistakes, try again and correct the mistakes from the past.

Make them feel they are able to succeed

When a student has achieved a difficult task and you know the amount of effort invested, your student deserves to be praised. Bear in mind the best way to do it. Some students will need a formal recognition in front of their colleagues, some will prefer something more private. You have to know what’s the best way in any situation.

Promote achievement by working in groups instead of individually

Instead of promoting individual achievements, encourage your students to work collaboratively so everybody wins.

Any more suggestions out there? 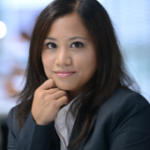 How to set up extrinsic feedback?

This site uses Akismet to reduce spam. Learn how your comment data is processed.